It all started one evening about two weeks ago. Screaming voices from around the house. “Eeek! Yuck! Help!” I knew exactly what they were carrying on about, and tried to calm everyone down. It happens once a year. We were in the midst of a massive Crane fly invasion! I don’t particularly like these creatures either, I’m just not afraid of them anymore. As a child I despised them and would scream for my mother to remove them from my room. One night I was particularly frightened, and my fear seemed to induce some kind of speech paralysis. “Mom! Cawdyhawk!” What the hell is a Cawdyhawk? A Mosquito Hawk. The name stuck, and I call them that to this day. I even have people googling Cawdyhawk while I giggle about my made-up word.

This recent evening I danced around screeching “Cawdyhawk” as I proceeded to whack as many as I could reach with a dish towel to stun them, and then placed them outside. My wife reminded me I should probably close the door, because half an hour later I was making the Crane Fly removal rounds once again. I’m guessing we had close to 70 in the house that night. As the week progressed the nightly numbers became less, but I’m still finding a few here and there. The cats found many, and for a few days there it looked like a Crane Fly war zone, with legs and wings strewn about. 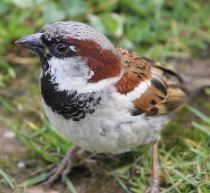 Outside has been a different story all together. They are out like gangbusters! I have a friendly little White-Crowned Sparrow who loves to help with Crane Fly removal, but as I walk through the taller grasses I realize just how many there are. They are emerging from everywhere! Some are mating, most are flying clumsily about with no destination, some have newly emerged and can’t even fly yet! All different shapes and sizes! There are over 15,000 types of Crane Flies to be found around the world, and I know I have observed about three types in the last day or two here on the farm. As I continue to watch the sparrow get fatter, and the Crane Flies dissipate… I’m looking forward to some warmer weather here on the Central Coast of California.